Rhinoceros Beetles are out 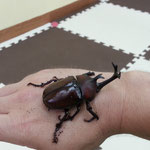 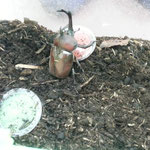 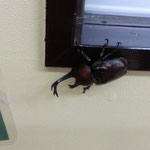 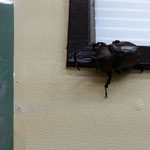 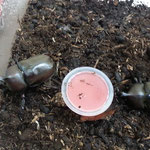 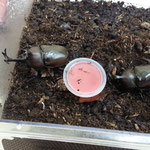 Came in to work today and every thing was normal, but during Coffee Time one of my coustomers says " kabuto" ( Rhinoceros beetle) and I'm sitting there thinking "what the", then I look down and there on the floor was a beetle, then a few minutes later he found another one attached to his trousers leg. After all that I thought I had found them all but another customer exclaims " beetle " pointing to the window and there he was sitting on the window frame.  So the little blighters exscaped from their cage.

So Im the proud father of three male beetles and who knows how many more Females that are still in the dirt..